Opinion Piece: Saskatoon is Behind on Construction Permit Turnaround Times

Congratulations to the City of Regina for their common sense and commitment to reduce its construction permit turnaround times. Admitting that you’re just not hitting the mark takes guts. It also means you’re willing to compete. And if the City of Regina gets it and is successful at it, that means competition just got tougher for the City of Saskatoon.

It’s especially frustrating to local industry because our City knows how to be amazing. For example, one can argue (and I certainly do) that the City has the shortest residential permit turnaround times (affecting single-family homes) in the country. True story. But, according to the Organization for Economic Co-operation and Development, in measuring the impact of regulations in 190 countries in the world Canada ranks 63rd in terms of “dealing with construction permits”.  An embarrassing grade and a real challenge that severally impacts our competitiveness.

Another reason why this is particularly frustrating is that industry representatives have been talking, negotiating, and basically all but yelling for years with the City of Saskatoon that commercial and residential development permit turnaround times are unacceptable. While we have suggestions on how to best do that, one can only assume there is a confidence deficit internally on how to do that best, and especially on how to communicate the vision for that improvement.

Voters and future home owners are likely saying – why should I care? Well, any delay and unnecessary red tape in process means an increase in the price of homes, an erosion of affordability. And that statement still doesn’t make it a pressing issue to the average voter because for most, you can’t relate market conditions to build a home to a price increase in a home in the same way that you can see a price fluctuation at the grocery store for your avocados which you knew about because the farmers protesting in Mexico were in the news not long before. Direct relationship to the price tag. For housing, there’s a delay of a few years and by then, the connection is lost. But it should be a top issue for voters and municipalities because it has a butterfly effect into the success of other industries.

Take a look at the newly coined Silicon Prairie in Saskatoon that’s been covered in the news recently. The entrepreneurs in that industry have been quoted saying that they are thriving here because life is affordable. And a large part of “affordable” is your availability of options and price to put a roof over your head. Once affordability is eroded, it’s much harder to correct it. In fact, many governments are still trying to tackle that challenge in prominent Canadian cities.

The permit turnaround times many are pushing to shorten impact approximately 50% of homes being built every year because they fall within the commercial permit process: apartments, row housing, multi-units. Some research in Ontario is being conducted to put a price tag per day of added time to the construction and development process, to calculate the impact on house prices. While these numbers are not available for Saskatchewan, it certainly provides an idea of what the challenge is for our City and why we should care.

So where are we now? During the City’s Committee on Planning, Development and Community Services of September 4 2018, there was finally a small window of opportunity, some elected officials wanted our City to aim high and part of a motion passed included identifying recommendations for how the City could be the leader in building permit turnaround times in the county.

We continue to wait for that. The conversation was started, but there is maybe a lack of confidence in administration on whether we can actually do it. I certainly don’t think we will fail in the end if we try. I just think it’s a matter of time once we collectively put our minds to it.

Local industry is ready to make the investment of time in our City, process growing pains together with administration and to aim high to be the best in the country on this front. Waiting for the City’s confidence to build up so we can get moving on this is no longer acceptable anymore because Regina now gets it and will soon be far more competitive for that fluid investment dollar. 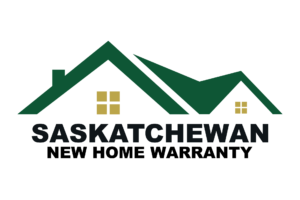 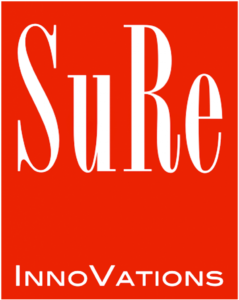