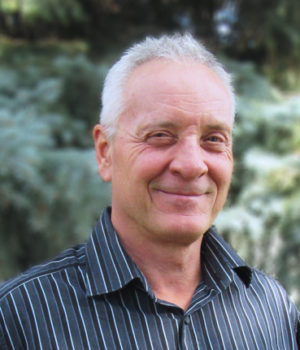 Dale Prefontaine grew up in rural Saskatchewan before moving to Saskatoon to attend the University of Saskatchewan to pursue his commerce degree. While attending University he worked in the construction industry which led to the startup of his own company after completing his studies. One opportunity led to another and he became general manager of local garment manufacturer in Saskatoon, The Hobo Clothing Co. and its affiliates.  During his tenure with Hobo he sat on the Apparel and Textile Association of Saskatchewan board of directors. This experience would lay the foundation for acting CFO for Agrifoods International Cooperative and later for the Bridge City Electric Group.

A brief attempt at early retirement led to moving the family to Mexico for a couple of years. Upon returning to Saskatoon in 2016 he decided to resume working and was fortunate to be hired by SRHBA for a one-year maternity leave, and is happy to be back again! He lives in  Sarilia Country Estates on the banks of the north Saskatchewan river north of Langham. He is active in the  community and has sat on their board and is currently helping the recreation committee establish and develop green space in the neighborhood.

His hobbies include adding to his vinyl collection and studying history. When he is not working, he enjoys wilderness camping, canoeing, music festivals, concerts and travel, particularly to European cities.